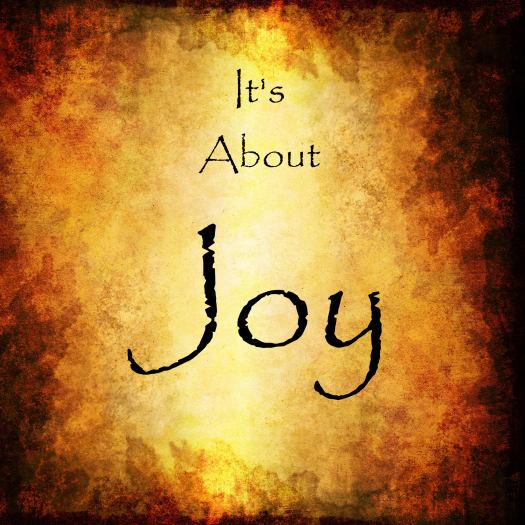 I’ve spent a lot of the last few years feeling angry and unsettled. Reading Evangelii Gaudium last fall really convicted me. I don’t mean that in the sense of “courage of my convictions.” I mean it like judge and jury.

I don’t think I am joyful, you see. I see too much in the world that is not as it should be. Things besides the sound bites that most often preoccupy Christians. Things that most Christians don’t even recognize as out of sync with the Gospel. Things that strike me with particular force because it hasn’t been that long since I didn’t recognize them, either.

I struggle with how resistant we Christians are, collectively, to acknowledge injustice and to dig into the messy, challenging work of fixing it. People can disagree about solutions to problems, but too often, the go-to response is to act as if it’s all an overreaction. That actually, there’s nothing to fix.

For example: how we deal with race. Or the way certain quarters of Christianity have vilified people traveling at great personal cost from Central America, labeling them criminals even though the vast majority are asylum seekers fleeing violence at home. Why are we so resistant to accepting the word of minorities and hopeful immigrants about what they’ve experienced? What does it say about us? How does it reflect a belief that Jesus’ presence is in each human being, and that therefore each one’s human dignity is sacred? 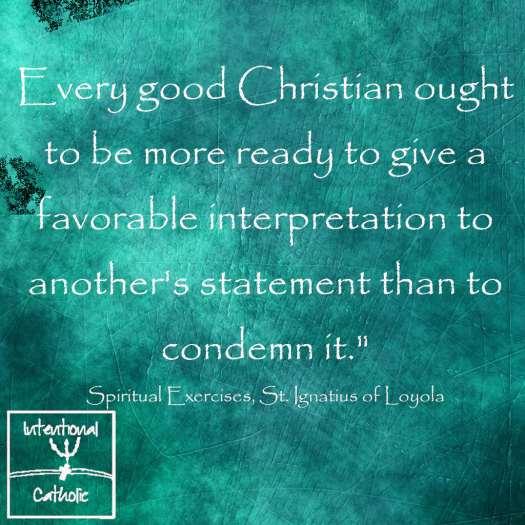 Why is it so difficult to recognize when we aren’t following this exhortation from St. Ignatius of Loyola?

I can’t help feeling that by focusing too narrowly on one issue to the exclusion of many, many other things Jesus called out by name in the Gospels, we weaken the Church. We weaken our credibility as representatives of Christ on Earth, and we weaken our ability to evangelize.

This makes me angry. Which weakens my ability to evangelize. Because how does an angry person invite others in? Why would they want anything to do with a Christianity that, on the one hand, applies the value of human dignity unevenly, and on the other, spits fire about it?

Which makes me wonder: is it possible to care too much? Am I too focused on the here and now, when I know full well that the kingdom is never going to be fully realized on earth?

I did not intend to tour two of Pope Francis’ writings in a row. I intended to look backward, to Paul VI or the Council. But this question of passion for the justice of God versus resting in the joy of salvation is really potent in my life right now. I spend far too much of my inner life shadowboxing the Bad Stuff of the world and those who support it.

Rachel Held Evans passed away this weekend. She wasn’t Catholic, but I think it’s safe to say most Catholic bloggers know her work. Stretched thin as I am, I didn’t always click through, but when I did I never failed to be inspired and challenged—even before I understood why her words resonated so deeply. If you aren’t on Facebook with Intentional Catholic, you might have missed this post of hers, which I shared yesterday. What leaps out at me in her writing is that she doesn’t pull punches, yet she doesn’t sound angry.

I long for this gift. It is a gift I intend to pursue, because I’m weary of being angry. Are you? Will you join me in pursuing joy? Might joy itself be the answer to all that ails us in this polarized, toxic time?

This site uses Akismet to reduce spam. Learn how your comment data is processed.